Zarqa was a Mesopotamian prophetess who saved her people from certain doom. But when she told truths they did not like, they crucified her as a witch.

But, Isis intervenes and promotes Zarqa to the level of Goddess.

With her pet demon, Behemoth, Zarqa travels history, helping people see both themselves and others clearly. Throughout her adventures, she battles the malevolent Narlathotep. Where she goes, clearing people's visions, he follows, clouding them again. 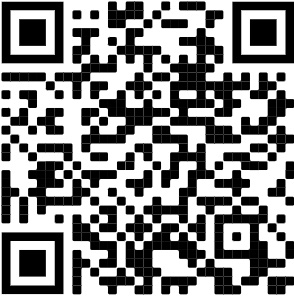 Episodes
Part 1 "Goddess"
Zarqa was a Mesopotamian prophetess, whose foresight saved her people. But when she told truths they did not like, her people crucified her as a witch. Now, in the afterlife, the goddess Isis is so impressed with Zarqa's bravery and character, she grants Zarqa godhead herself. Isis bequeaths Zarqa with an all-powerful pet demon and sends her on a mission to help people throughout history.
Part 2 "The Conspiracist"
Zarqa visits modern day America, where she discovers her true power and helps a conspiracy-addled man. She also discovers her arch-nemesis, the ancient and evil god Narlathotep.
Part 3 "The Refugee"
Zarqa and Behemoth move back in time, and land aboard a ship in the 1940s. They befriend a refugee and help a sea captain see that the refugee is worth saving. Narlathotep pursues and Zarqa must take extreme measures.
Part 4 "The Enslaved"
Zarqa and Behemoth arrive in an 18th Century slave trading port. Zarqa convinces the port administrator to help an enslaved woman escape, while Narlathotep tries to claw the man back into ignorance. This time, Zarqa and Behemoth are prepared.
Part 5 "The Knight"
Zarqa lands in 13th century Europe, where she meets Sir Anselem, a brave knight harboring a secret he dare not speak.
Part 6 "God Anselem"
Murdered for his secret, Sir Anselem meets Zarqa in the afterlife, where she bestows him with a very special gift.
Part 7 "Antigone"
Zarqa travels to Ancient Greece, to face Narlathotep again. But the ancient and evil god has bigger problems: an acerbic teenage girl with dreams of martyrdom.
Part 8 "Narlathotep"
Narlathotep now rules one of the first great civilizations as a God on Earth. He uses Behemoth to enforce his will through pure, unfettered fear. With the help of a powerful friend, Zarqa faces Narlathotep in one final battle.
Credits